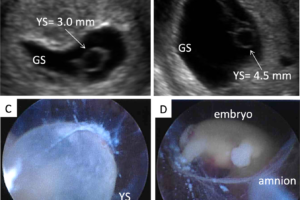 Early pregnancy loss affects 10–20% of clinically recognized pregnancies. Despite studies that investigated serologic and ultrasound markers, the ability to predict which pregnancies will be lost has been elusive. This is at least in part because pregnancy is often not confirmed until later in the first trimester, after many of these losses have already occurred

There are indicators that early pregnancy loss is imminent, according to the results of a study that was recently published in Scientific Reports.

“As a reproductive endocrinologist, I follow patients from preconception up until at least 8 weeks of pregnancy,” states Laura Detti, MD, newly appointed Chair of the Department of Subspecialty Care for Women’s Health in Cleveland Clinic’s Ob/Gyn & Women’s Health Institute. “In doing early pregnancy ultrasounds, I have the opportunity to watch how the placenta forms and to see what happens shortly after the implantation of the embryo inside the uterine cavity.”

In pregnancies that will be lost, GS, CRL and YS are the first TVUS measures to become abnormal, with HR becoming abnormal later, closer to the time of loss. In pregnancies that continued beyond the first trimester, the YS grew 0.38 mm per week, the GS diameter grew 6.65 mm per week and CRL grew 7.56 mm per week. Compared to continuing pregnancies, these TVUS markers began to differ significantly at some point in the first 6–9 weeks.

“Of all markers, the YS is probably the most important. When the YS is bigger than it should be for a specific gestational age, the pregnancy will probably be miscarried in the first trimester,” Dr. Detti explains.

Ultrasound and hysteroscopic images of the yolk sac in a partial mole pregnancy (Karyotype: 69, XXY at microarray analysis) 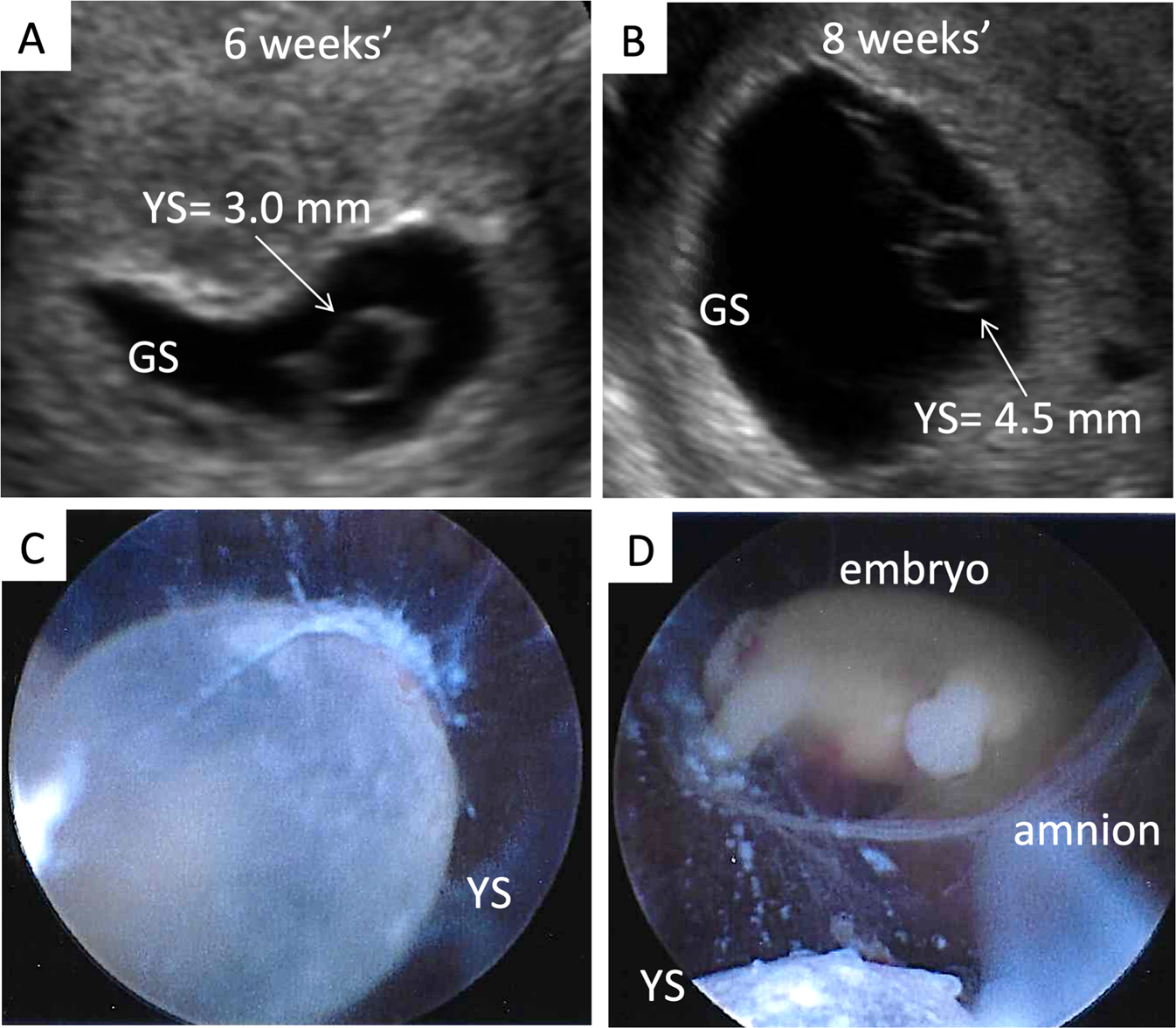 The benefit of early, serial ultrasounds

“Previous studies looked at pregnancies cross-sectionally, using only one ultrasound per patient. One strength of this study is that we looked at an average of four weekly measurements from each patient. We were able to document growth in each parameter, as well as pregnancy outcomes, throughout the first trimester,” Dr. Detti says.

In this cohort of fertility patients, most miscarriages occurred within 9 weeks of gestation. “Without early monitoring of these patients, we would not be able to measure such dramatic indicators of loss. The growth differences we noted preceded miscarriage by about one week, which is clinically valuable because it gives physicians time to counsel patients before a loss occurs,” Dr. Detti adds.

According to Dr. Detti, in pregnancies with abnormally small or large YS for gestational age, clinicians should avoid providing premature reassurance regarding pregnancy outcome. Instead, these patients should be followed more closely with repeat imaging and timely management.

Laura Detti, MD, is Chair of the Department of Subspecialty Care for Women’s Health in Cleveland Clinic’s Ob/Gyn & Women’s Health Institute. Dr. Detti joins Cleveland Clinic from the University of Tennessee Health Science Center, where she was a Professor in the Department of Obstetrics and Gynecology, Medical Director of the Region One Health Reproductive Medicine Center, and Director of the Andrology and Embryology Laboratory.