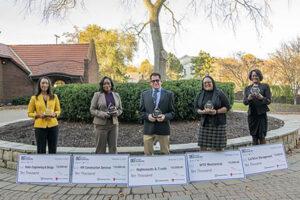 Accelerating Contract-Readiness for a Diverse Community of Suppliers

Cleveland Clinic and University Hospitals developed a mentorship program to equip small businesses with the know-how to supply healthcare systems with needed goods and services. Wouldn’t it be great if there were a way to make the process easier on both sides? Two Northeast Ohio hospital systems recently launched a mentorship program to help make that happen.

For the entrepreneurs, the program offered a chance to learn more about what hospitals need from their vendors. For the hospitals, it provided a way to support individuals who live and work in their own neighborhoods, expand their roster of potential suppliers and underscore their commitment to diversity, equity and inclusion. Cohort member Fatima Ware, owner of WTD Mechanical in Cleveland, says the reason she applied to participate was obvious. “Who wouldn’t want to be a part of something that had people who are all top of the line?” Ware says. “If you’re Cleveland Clinic or University Hospitals, you can afford to get people with the knowledge and education. Why wouldn’t I want to learn from somebody like that?”

An idea born in the pre-pandemic era

The impetus for DEI Supplier Accelerator began in 2018, when two Cleveland Clinic administrators returned from a national conference inspired by what they had seen, says Andrea Jacobs, Executive Director of Operations at Cleveland Clinic.

“At the end of the conference, these certified diverse minority suppliers got up and gave pitches,” Jacobs says. “Our colleagues talked about how much energy there was in the room and how inspiring it was to hear their stories, and asked if we could do something like that in Cleveland.”

Everyone liked the idea, but research soon revealed that a number of business pitch contests already existed in Cleveland. Then came COVID-19.

“The pandemic interrupted our efforts to try and put something together, but the pandemic also aided us,” Jacobs says.

During the pandemic, Cleveland Clinic and University Hospitals began working collaboratively on a number of fronts, she explains. DEI Supplier Accelerator was among a number of initiatives that arose from that call to action.

Once the program planning started up in earnest, members of the organizing team made a key suggestion. Rather than simply present a pitch contest and declare a winner, maybe the hospitals should use the contest to select a cohort that would spend time learning together. “That was a brilliant insight, and the two organizations worked on that together and came up with the curriculum,” Jacobs says.

Keeping the program moving forward fell to Justin Algeri, a Cleveland Clinic program manager, who planned meetings, coordinated the educational sessions and had conducted many one-on-one meetings with cohort members. “His dedication was bedrock-key to the success,” Jacobs says.

Program organizers worked with partners in diverse-business support organizations to help promote the program. Representatives from 470 businesses in nine Northeast Ohio counties were contacted. Twenty applied by making presentation to a panel of judges.

Enthusiasm was a common denominator among the winners.

“We are really asking them for a lot of their time, and if you’re going to be selected for this program, there’s an expectation that you’re going to complete it,” Jacobs says. “So enthusiasm was an important component.”

Many of the applicants were already strong businesses, adds Berlon Hamilton, Cleveland Clinic’s Supplier Diversity Director. “We felt that they were vendors that we could work with, but they lacked experience with the healthcare sector. So if you’re in construction, maybe you can build a facility, but it is a little different when you’re working around sick patients in a hospital setting.”

During the six months of training, participants received:

In-depth coaching on the request-for-proposals (RFP) process was one of the most valuable parts of the experience, says Fatima Ware.

“Although I’d already been doing them, it was valuable to get the feedback from the people who review them,” Ware says. “You have to be on top of your A-game as far as paperwork is concerned. So now I’m better prepared when the next job comes along.”

Halle Jones Capers, Owner and President of Halle’s Engineering & Design, says insights on human resources were among her most important takeaways. “I’d had an HR session with another organization, but this went into a great deal more detail,” Capers says. “We learned a lot of great tips about retention and developing a team.”

A commitment to strengthening local businesses

Cohort members were not the only beneficiaries of the program. The hospital systems gain by investing in the local supplier pipeline — the importance of which has come into stark relief during the pandemic. And across the healthcare sector, awareness is growing that hospitals have a greater responsibility to their constituents.

“Many hospitals are located in some pretty economically depressed areas,” Hamilton says. “People in the community look at hospitals as anchor institutions — as we are — and say, ‘You guys do well, but the communities around you are impoverished. What will you do to improve that?’

“One answer is that we can leverage our purchasing power,” Hamilton says. “We spend over $3.5 billion a year, and we’re going to spend that regardless. So why not spend it in our communities and make a bigger impact with those dollars by creating jobs and supporting economic stability? As an institution, we can make sure that our patients are not only physically healthy, but economically healthy as well.”

The power to do that was multiplied by the two health systems working together, Jacobs adds.

“Many of the vendors that we have worked with in the past lacked the experience from a healthcare perspective,” Hamilton says. “We felt that collaborating would allow us to give them better industry knowledge.”

Feedback from the first cohort has been almost universally positive, but success ultimately will be measured by whether participants are able to do business with the health systems.

“That does not just mean being a tier one vendor — someone we contract with directly,” Jacobs says. “A lot of work gets subcontracted. So we would like to make sure that these individuals and businesses also connect to a lot of our established Tier 1 vendors, so that they might become Tier 2 vendors. That is also a measure of success.”

“The diverse supplier pipeline is critical,” adds Hamilton. “Having leaders see the talent that exists out there is important.”

Planning for the 2023 program has begun. This year’s cohort is expected to begin in May. 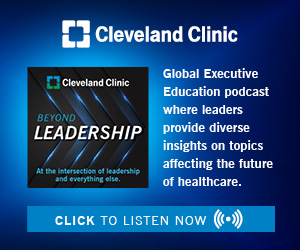