In HIPEC, combination cisplatin/paclitaxel may more than double progression free survival compared with cisplatin alone, according to a new study. 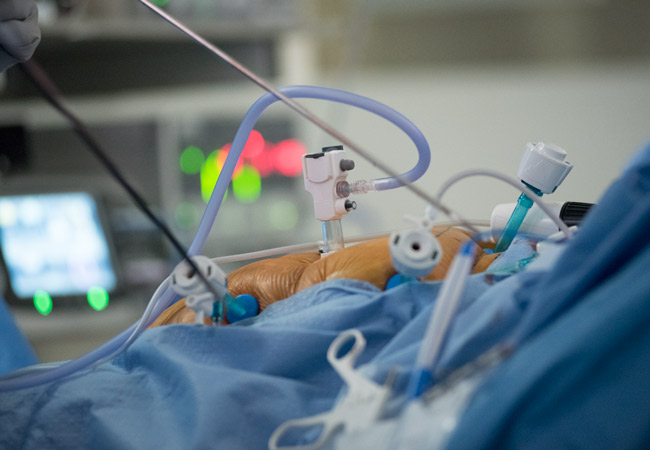 Despite recent advances in medical and surgical techniques used to treat epithelial ovarian cancer (EOC), significant mortality remains. Because of ongoing treatment challenges, trials that demonstrate extended overall survival for patients with advanced EOC are encouraging, including a recent study suggesting that hyperthermic intraperitoneal chemotherapy (HIPEC) using a combination of cisplatin and paclitaxel is associated with significantly improved progression free survival (PFS) compared with single-agent cisplatin. The results of this Cleveland Clinic study were presented at the annual meeting of the Society for Gynecologic Oncology.

In this prospective study, patients (N = 54) were included if they responded to neoadjuvant chemotherapy and, following debulking surgery, received HIPEC with cisplatin or paclitaxel for stage III or IV high-grade EOC from 2017 to 2020. Patients were given either cisplatin alone (80-100mg/m2 for 90 minutes; n = 28 [51.9%]) or paclitaxel (135-175mg/m2 for 90 minutes) with cisplatin (80-100mg/m2 for 45 minutes; n = 26 [48.1%]) in a perfusate of normal saline at 41-43C degrees for 90 minutes. Within the cohort, there were no significant differences between patient groups in terms of demographics, operating time, comorbidities, disease stage or postoperative adverse events.

The mean PFS for the entire cohort was 15.7 months. When stratified by HIPEC regimen, however, a significant difference emerged. Patient who received a combination of cisplatin and paclitaxel had a mean PFS of 22.2 months compared with 10.9 months for patients receiving cisplatin alone.

“We were hoping we’d see a difference, but didn’t expect it to be at this magnitude – essentially doubling progression free survival,” says first author Laura Chambers, DO. “Additionally, we found no significant differences in mild, moderate or severe postoperative complications, no difference in length of stay and no difference in time to chemotherapy. There was a slight trend toward increased ICU admission with the combination therapy, but it wasn’t statistically significant.”

Despite the limitations of sample size, use of a prospective registry from a single institution and the possibility of selection bias, overall the study was received well by gynecologic oncologists, according to Robert DeBernardo, MD, section head of Gynecologic Oncology at Cleveland Clinic’s Ob/Gyn & Women’s Health Institute. “We hope it will inform future studies.”

“There are several questions that still need to be answered about HIPEC,” Dr. DeBernardo says. “What is the right regimen? Who is the optimal patient? When do we give it? Many of the studies our group has undertaken in the last few years have been aimed at answering those questions. Ideally, we would like to conduct a prospective randomized trial, but that takes time. In the meantime, we are in the process of assembling a multi-institutional consortium with other institutions that do HIPEC in an effort to increase the number of patients included in studies.”