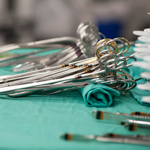 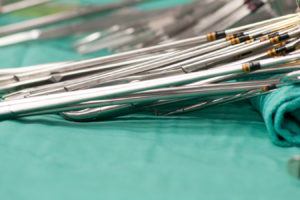 Operating room preference cards are designed to assist nurses with the setup of instruments and supplies and provide data to track costs and patient charges. But sometimes they fall short of their intended purpose. In 2014, Cleveland Clinic Nursing’s OR Affinity Group – a team of nursing directors that create best practices for the OR – set out to update and streamline the healthcare system’s preference cards.

“One of the major problems was there were 160,000 different preference cards throughout the Cleveland Clinic enterprise,” says Jake Runion, MBA, BSN, CNOR, Director of Nursing for the main operating rooms at Cleveland Clinic’s main campus. That’s a lot of preference cards considering that there are 1,132 credentialed surgeons in the healthcare system.

In addition, the front-end purpose of the cards – usefulness in the OR – was taking a back seat to the cost-tracking function. “The cards are meant to be a how-to for nursing staff, but over time they became a mechanism for coding, charging and billing,” says Sheareen Shahamat, MHA, Project Manager with Cleveland Clinic’s Nursing Administration. “Our goal was to consolidate the cards and make them practical and clear.”

Runion and Shahamat are part of a six-person committee that oversees the preference card project. The committee meets monthly and reports to the assistant chief nursing officer of Surgical Services, the OR Affinity Group and OR Nurse Manager Affinity Group. Because the project is so vast, the committee has three working groups that tackle separate elements and report to the committee:

Most of the work to date has been done by the first two teams. The piece handled by the Chargemaster Team is not operational for nurses and affects the patient after discharge, so it has been temporarily put on hold.

Emily Gonzales, BSN, RN, a clinical system analyst, leads the Card Template Team. She convened a group of nurses and surgical technicians from all of Cleveland Clinic’s hospitals to create a preference card template. They considered what components were helpful and what could be left off. “We streamlined it to the most essential information to aid in choosing instruments and supplies,” says Gonzales.

Another upgrade made by the Card Template Team was to embed images in OpTime. Nurses can access maps of supply rooms so they can easily find everything from drains and gloves to gowns and pneumatic antiembolism stockings. In addition, nurses can click on photos of the supply table setup for various surgeons and procedures. This is particularly helpful for nurses who float from hospital to hospital, says Shahamat. “If you’re in a jam and need to know how Dr. Williams likes his room set up, this empowers nurses to have information at their fingertips,” she says. “It places everything in OpTime so people feel confident no matter where they go.”

The primary accomplishment of the Supply Team has been to create custom pack supplies for high-volume procedures. The team began with a pack for laparoscopic cholecystectomy—or lap chole. Runion and Shahamat led hour-long weekly conference calls with frontline staff from all Cleveland Clinic’s hospitals, plus a representative from the company that distributes the custom pack. They reviewed every item that each hospital uses for lap choles, then agreed on which ones should be included in the new standard lap chole pack.

“We came to a consensus on which items made the most sense clinically and financially,” says Runion. For most sites, the custom pack will work. Others may still need to pull extra items, depending on the surgeon’s preferences. Relying on the standardized pack has fiscal advantages. Overall, the OR Affinity Group anticipates the annual savings on the lap chole pack will be $70,000.

Cleveland Clinic began using the new lap chole pack last August. The Supply Team has since followed the same process and rolled out custom pack supplies for total knee replacements and will soon release a pack for total hip replacements. But the working team’s job doesn’t end after the packs hit the hospital shelves. They check back with frontline staff. “We don’t want to create false positives, where we standardize a pack but then learn that people aren’t using the items or they are pulling supplies separately,” says Shahamat. For example, after rolling out the total knee replacement pack, the team learned that most surgical teams weren’t using a five-pack of sponges, so it was eliminated. In addition, based on feedback they shifted to a smaller, cheaper drape.

“We are seeing wins,” says Runion. “We’re meeting goals for standardization, the ability for nurses to float to other hospitals comfortably, and financial savings.” But there’s more work ahead on the Preference Card Project. “There are so many things we can do, but they need to be value added,” says Runion. “We are bringing together the entire enterprise to come up with best practices.”