When hCG levels started rising in a patient who had been treated for a molar pregnancy, malignancy was suspected. Instead, the patient had a condition so rare that the likelihood is less than two in 100,000,000. 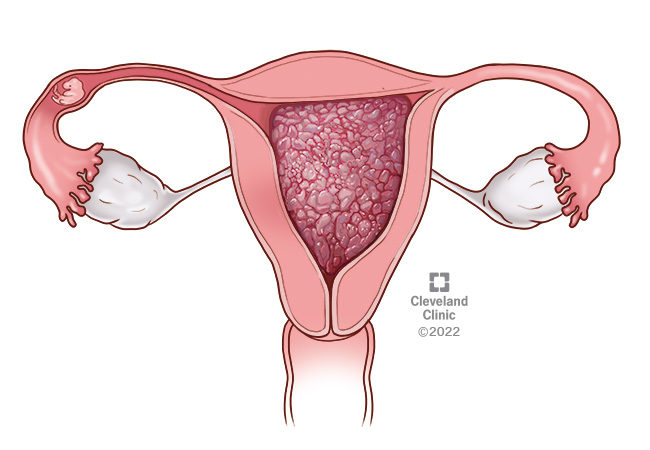 When hCG levels began to rise in a patient who had recently undergone evacuation of a partial molar pregnancy, Cleveland Clinic physicians suspected that she had developed gestational trophoblast disease. Days before chemotherapy was to begin, the patient presented at the emergency department complaining of abdominal pain. Transvaginal ultrasound revealed a right ampullary ectopic pregnancy, making this a highly rare case that also offers an important clinical reminder.

Heterotopic pregnancy – the simultaneous occurrence of intra- and extra-uterine conceptions –are most often seen in patients receiving assisted reproductive technology. In this case, the patient had conceived spontaneously. Cleveland Clinic physicians who treated her calculate the likelihood of having a spontaneous heterotopic pregnancy involving a partial hydatidiform mole at less than two in 100,000,000. They have identified only two previous cases in literature reviews.

The case was reported by Laura C. Gemmell, MD, and Jeffrey M. Goldberg, MD, in the November-December 2021 issue of The Journal of Reproductive Medicine.

The patient was a 33-year-old with risk factors for ectopic pregnancy including prior chlamydia infection, a previous ectopic pregnancy and smoking. She underwent a dilation and curettage (D&C) at 10 weeks gestation for an anembryonic pregnancy. Immature chorionic villi with hydropic changes, cisterns and pseudoinclusions, as well as trophoblastic proliferation, were noted in the pathology report. A cytogenetic analysis confirmed a partial molar pregnancy with 69,XXY.

“The potential problem is that molar pregnancies can develop into gestational trophoblastic neoplasia (GTN). The standard protocol is to monitor the patient’s hCG levels to make sure that they become negative and stay negative for several months,” says Dr. Goldberg. “The tip-off that GTN is developing is if those levels start to rise, which is what happened in this case. Our patient’s levels initially declined normally, then started to rise.”

The plan was to refer the patient to oncology with the expectation she would receive chemotherapy. But 58 days after the D&C, she presented to the emergency department with pelvic pain. Her hCG had risen to 821.7 mU/ mL from a post-evacuation low of 12.7. Ultrasound revealed a normal uterus and ovaries as well as a 24x22x22 mm right adnexal mass. The unruptured ampullary ectopic was removed by laparoscopic salpinostomy. HCG levels returned to normal.

Beyond the rarity of the presence of simultaneous partial molar and ectopic pregnancies, the case serves as a clinical reminder

“We want to make the point that if hCG numbers are not dropping appropriately after extraction of the mole, or if they are rising, consider this other possibility,” says Dr. Goldberg. “While chemotherapy for gestational trophoblast disease does not typically cause clinically significant short or long-term sequelae, we want to avoid the cost, inconvenience, stress and potential side-effects of unnecessary treatment. Additionally, in this case, chemotherapy would have required delaying to attempt conception for several months, which is agony for a patient desperate to become pregnant right away.”