The Role of Low-Dose Aspirin Therapy in Pregnancy

Low-dose aspirin can be a safeguard for those who are pregnant and have a history of high blood pressure, miscarriage or Antiphospholipid syndrome. 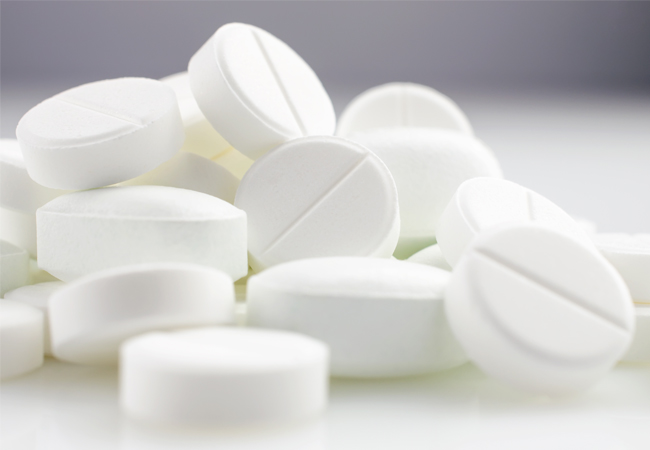 Aspirin is often referred to as the original wonder drug, serving as the go-to medicine for millions of people since it hit the market near the turn of the 20th century. For the past 40 years, low-dose aspirin has been used as a preventive medication in pregnancy.

The U.S. Preventive Services Task Force, American College of Obstetricians and Gynecologists and Society for Maternal-Fetal Medicine all recommend use of low-dose aspirin (81mg/day) after 12 weeks gestation for patients at high risk for preeclampsia. A 2020 study funded by the National Institutes of Health indicated that low-dose aspirin reduces the risk of preterm birth (before 37 weeks) by 11% and early preterm birth (before 34 weeks) by 25% in first-time mothers.

“I tell residents and medical students that although we have this Hallmark holiday view of pregnancy, if you look at mortality over thousands of years, one of the primary killers of women was pregnancy and childbirth,” says Amol Malshe, MD, an obstetrician and gynecologist in Cleveland Clinic’s Ob/Gyn & Women’s Health Institute. “The reduction of maternal mortality is one of the greatest accomplishments in medicine, and aspirin is part of the picture. It’s helping to reduce complication risks.”

Aspirin therapy may benefit a broader subset of patients, too. “There is a hypothesis that preeclampsia, small babies, bleeding in pregnancy and preterm delivery may all be part of a spectrum called defective placentation – basically the placenta doesn’t connect the way it’s supposed to,” he says. “Our options to reduce these kinds of things are limited, and aspirin could be part of that armamentarium. If anything can help, we should pursue it.”

The NIH study cited earlier also posits that aspirin therapy is advantageous because of its low cost, making it accessible in countries where medical resources are scarce. The multi-country trial included women at sites in India, Pakistan, Zambia, Democratic Republic of Congo, Guatemala and Kenya. Dr. Malshe suggests that low-dose aspirin use could similarly benefit low-income patients in the U.S.

“Not everybody is in the richest quintile. Americans span from low to middle to high income brackets,” he says. “Those patients in the lower income bracket do, unfortunately, have a higher tendency toward complicated pregnancies. From this standpoint, aspirin can help us reduce those risks.”

“Our maternal-fetal medicine and obstetrics service is expanding access,” says Dr. Malshe. “One physician can’t do it on their own, but together we can change the community outlook.” For instance, Cleveland Clinic recently began offering contraceptive clinics on Saturdays at seven locations throughout Northeast Ohio to reach more patients. “A good portion of complicated pregnancies, where preterm delivery or preeclampsia is part of the equation, were not intended pregnancies,” says Dr. Malshe. “Sometimes it comes down to not having contraception counseling. So, by offering services at the very beginning as opposed to midway through a pregnancy, we can help drive down disparities.”

Aspirin therapy one component of care

The use of low-dose aspirin in pregnancy continues to be studied. Dr. Malshe and his colleagues have begun a retrospective study that includes aspirin therapy among its investigations. In addition, there are various clinical trials and studies related to doubling the dose to 162 mg/day to prevent preeclampsia.

“Our governing body and the Society for Maternal-Fetal Medicine have not yet recommended doubling the dose, but at some point in the next few years we may revisit increasing the dose to 162 mg,” says Dr. Malshe.

In the meantime, low-dose aspirin remains one tool among many offered by clinicians.

“Aspirin is a great drug, but I would hasten to add that it’s not the magic bullet,” says Dr. Malshe. “While pregnancy is a natural process, as we’ve seen with weather patterns, natural processes aren’t always benign. As a result, following up with physicians is the best way for patients to make sure their pregnancy is successful.”