Autofluorescence signature may assure surgeons when they identify what they suspect to be a parathyroid gland. Endocrine surgeon Eren Berber, MD, discusses his latest research.

The location and number of parathyroid glands vary from patient to patient, making their identification during thyroid surgery challenging for even experienced surgeons and potentially leading to inadvertent parathyroidectomy and subsequent postoperative hypocalcemia and lasting hypoparathyroidism.

“Until recently, we didn’t have a decent tool for identifying the parathyroid glands during surgery,” reports Eren Berber, MD, a surgeon with Cleveland Clinic’s Department of Endocrine Surgery who has a long-standing interest in incorporating innovative technologies into endocrine surgeries. “But over the past 10 years, two different imaging techniques have been developed. One is the use of a fluorescent agent given intravenously to the patient to detect Indocyanine green fluorescence in the glands via near infrared fluorescence imaging or NIFI.” However, this technique has not proven very successful, he says, because surrounding tissues — and especially the thyroid gland — tend to take up the green dye while the parathyroid glands do not. According to Dr. Berber, a second technique, known as autofluorescence (AF), is more promising because it has been shown that parathyroid glands fluoresce when excited by NIFI without the use of dyes. In addition, results of a previous study conducted at Cleveland Clinic found that hyperfunctioning and normal functioning parathyroid glands display different patterns and intensities of AF under NIFI.

Dr. Berber and his colleagues performed a prospective study of 310 patients who were undergoing total thyroidectomy, thyroid lobectomy or parathyroidectomy with adjunctive AF NIFI imaging. The goal of the study was to assess the clinical utility of the new imaging technique by predicting whether tissue was from parathyroid glands or not as detected by AF NIFI prior to it being sent to pathology and then confirming the predictions with the pathology report.

Overall, 971 parathyroid glands were found by surgeons’ eyes and/or examination by pathologists. Of these, 947 (98%) had an AF signature on NIFI, with greater intensity in parathyroid glands than in the thyroid and other tissues in the central neck. This new finding is consistent with previous research Dr. Berber and his colleagues have conducted, he says. In addition, he reports that the location of 23% of these glands was suggested by AF NIFI prior to visual identification by a surgeon.

Additionally, in 550 specimens that were imaged with AF NIFI before being sent to pathology, the results revealed that once the overlying tissue was removed, AF had a high degree of accuracy in identifying parathyroid glands with:

Broken down by type of endocrine surgery, 503 parathyroid glands were identified by surgeons and/or pathology during total thyroidectomy or lobectomy. AF was detected in 98.6% of these glands, and 33% demonstrated AF before surgical visualization.

When the results specifically for parathyroidectomy were analyzed, 468 parathyroid glands were identified by surgeons and/or pathology, and a similarly high percentage (96.4%) exhibited AF.

On the downside, the technique did not prove to steer surgeons to parathyroid glands before they had dissected the tissue and were able to see them with their naked eyes due to the inability of AF to penetrate more than a few millimeters of tissue.

The study was published in the journal Surgery.

Additional advantage for hypocalcemia and hypoparathyroidism

For thyroid surgery, Dr. Berber says that there are some studies suggesting that use of AF technology may lower the incidence of temporary postoperative hypocalcemia due to the ability to identify parathyroid glands earlier and with more confidence, and to thus preserve blood supply to these glands.

In this study, use of AF NIFI allowed surgeons to find 5% of healthy parathyroid glands before they were sent to pathology, allowing them to be reimplanted immediately and potentially reducing the risk of postoperative hypoparathyroidism. “This examination takes less than a minute to perform versus the 20 to 30 minutes it takes for pathology to come back,” he says.

“The bottom line is that autofluorescence offers advantages to identifying parathyroid glands beyond what can be seen with the naked eye,” says Dr. Berber. “These glands show up like stars in the dark night sky with autofluorescence, which can be helpful to surgeons, particularly novice surgeons. Use of AF NIFI technology may also reduce the number of frozen sections ordered due to the ability to identify parathyroid glands without the need for pathologic confirmation.” 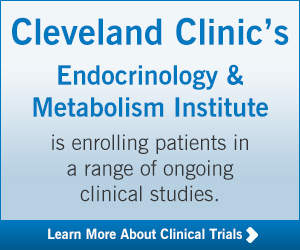 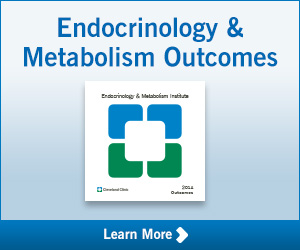