Recent U.S. Progress Against Aortic Stenosis Mortality Has Not Been Uniform

Mortality differs from state to state and between nonwhite and white demographic groups, finds a new analysis of nationwide data since 2008. 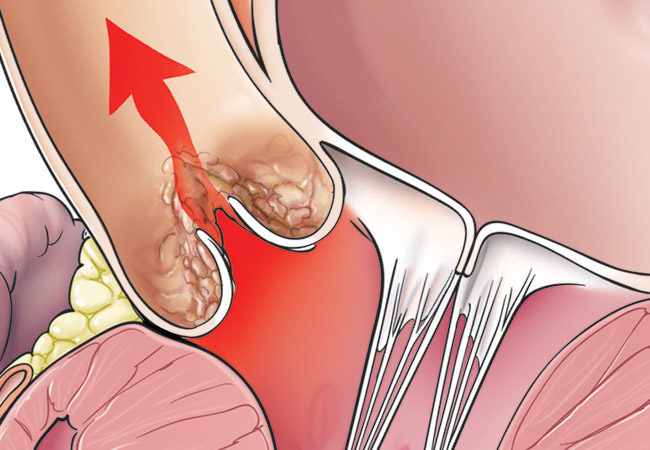 Outcomes are improving for Americans with aortic stenosis. More people with the condition are living longer than ever, most likely due to transcatheter interventions that have expanded the number of patients eligible for aortic valve replacement. But this benefit is not enjoyed evenly across all populations. A new nationwide database analysis finds that U.S. patients in some demographic groups and some parts of the country have yet to enjoy the full benefits of advances like transcatheter aortic valve replacement (TAVR).

The study, published in the Journal of the American Heart Association (2020;9:e017433) by a multi-institutional team of researchers, identifies the demographic groups and regions being left behind, and suggests some reasons why this may be.

“Nonwhite patients with aortic stenosis are not enjoying the same mortality premium as whites,” says the study’s corresponding author, Ankur Kalra, MD, an interventional cardiologist in the Sections of Invasive and Interventional Cardiology and Regional Cardiovascular Medicine at Cleveland Clinic and Section Head of Cardiovascular Research at Cleveland Clinic Akron General. “Moreover, there is a notable difference in in-hospital mortality from state to state across the United States.”

Key findings of the analysis

Dr. Kalra and colleagues analyzed nationwide aortic stenosis-related mortality data from the National Center for Health Statistics database and the Centers for Disease Control and Prevention. They focused on age-adjusted mortality rates from 2008 through 2018 in order to assess the impact of growing use of TAVR following its initial FDA approval in 2012.

Findings showed that overall age-adjusted mortality from aortic stenosis declined from 12.7 per 100,000 people in 2008 to 11.5 in 2018. Notably, whereas age-adjusted mortality was relatively stable from 2008 to 2015, it declined rapidly from 2015 through 2018. That swift decline parallels a period of rapid adoption of TAVR in the U.S., the researchers note.

Improvement in mortality related to aortic stenosis was greatest among patients aged 75 to 84 years. Among those 85 or older, mortality was stable until 2015, after which it began a statistically significant decline through the rest of the study period. “These data show that the potential benefits of TAVR are reaching a key target population,” says study co-author Samir Kapadia, MD, Chair of Cardiovascular Medicine at Cleveland Clinic.

Regionally, age-adjusted mortality was found to be higher in rural areas nationwide, with hot spots in the Northwest (Oregon, Washington and Idaho) and Northeast (Maine, Vermont and New Hampshire). Most states with the lowest age-adjusted mortality rates across the overall study period were in the South or Southwest.

The researchers identified some factors that may account for the variations seen in their findings.

Medicare data show that Black patients had proportionately fewer aortic stenosis-related hospitalizations and fewer AVR procedures than white patients during the study period. Additionally, TAVR registry data show that only 9% of all TAVR patients from 2011 through 2016 were nonwhite. The authors note that the prevalence of aortic stenosis is known to be lower in nonwhite compared with white populations, due in part to less degenerative calcific disease and a lower prevalence of congenital bicuspid valve among Black people. They add that discrimination may also play a role, with the possibility that nonwhite patients are referred for AVR less often. Similarly, income may serve as a proxy for race, as prior evidence shows that aortic stenosis is more likely to be diagnosed in higher-income individuals than in their low-income counterparts.

The observed patterns in regional variation follow overall mortality trends in the U.S., the authors note. They may reflect the different age and racial demographics of each state, as well as differences in metabolic, behavioral and clinical risk factors.

Social determinants of health also come into play. Age-adjusted mortality from aortic stenosis was worse in economically challenged areas and the industrial Midwest compared with more-prosperous states like California and New York. These trends may have been affected by relative income, education level, quality of life, exposure to discrimination and employment status.

Finally, there is the fact that patients in many places find it difficult to access surgical AVR and TAVR, especially in rural areas. For instance, recent data showed that TAVR candidates from rural counties in Florida had an approximately sevenfold lower rate of undergoing the procedure compared with their counterparts in more densely populated parts of the state.

“The good news,” says Dr. Kalra, “is that mortality from aortic stenosis has been going down over the past 10 years, particularly in the past five. The concern is that this positive trend is not yet universal.”

“Our hope is that further study will more precisely identify the roots of this heterogeneity,” Dr. Kapadia adds. “We would like to see more patients in more places enjoying the longer lives made possible by TAVR and other treatments for aortic stenosis.”