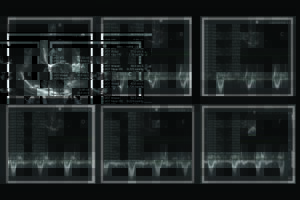 A recent case illustrates how timely and appropriate use of POCUS can provide benefits at all stages of the care path. A 59-year-old with a history of bipolar disorder, HIV (recent CD4 score of 658 on
antiretroviral treatment [ART] therapy), cocaine abuse complicated by non-ischemic dilated cardiomyopathy and seizure disorder was admitted to our MICU from an outside hospital. The patient presented with concerns for respiratory failure and concern for medication-induced liver injury.

On arrival, the patient decompensated with worsening shock and encephalopathy,
which required mechanical ventilation. The workup for shock, encephalopathy and
liver injury included CT of the patient’s head, electroencephalogram (EEG), liver
imaging and culture, which all failed to show any pathology.

Over the following 24 hours, the patient’s hemodynamic status, mental status
and lactate levels improved with fluid resuscitation and antibiotics. Spontaneous
breathing trial attempts were associated with tachycardia, tachypnea and increased lactate levels. A chest X-ray was performed to determine the etiology of the patient’s spontaneous breathing trial (SBT) failure and showed minimal bibasilar infiltrates. A bedside (POCUS) cardiac assessment was performed, which showed severely dilated and severely reduced left ventricular cardiac function. The POCUS was also used as a hemodynamic monitoring device to measure stroke volume and cardiac output with validated pulse wave Doppler LVOT VTI technique. The cardiac output was found to be significantly reduced in comparison to the previous echocardiogram.

The patient’s failure to transition from the mechanical ventilator to spontaneous breathing was attributable to his compromised left ventricular systolic function. The patient was started on dobutamine, an inotropic agent to increase cardiac output. The medication was titrated using POCUS-guided cardiac output measurement.

POCUS is widely used as a diagnostic modality in critically ill patients. The application of POCUS as a hemodynamic monitoring device to guide management and tailor intervention requires expertise in both image acquisition and interpretation.

In the current case, timely use of POCUS determined the cause of weaning failure as the inability of the heart with impaired cardiac function to cope with the transition from positive-pressure ventilation to breathing without the ventilator. In addition, POCUS also guided the titration of medication, which routinely requires invasive monitoring devices including pulmonary artery catheter to facilitate weaning from the ventilator.

Timely and appropriate application of POCUS by an expert can hasten diagnosis, guide appropriate interventions and minimize the need for invasive hemodynamic monitoring.