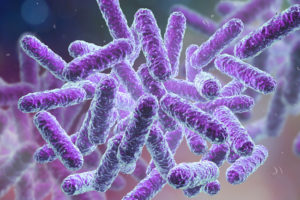 Long-term Use of PPIs Has Consequences for Gut Microbiome

PPIs are safe and effective drugs — when they are taken as indicated. But there are also risks associated with their use, especially inappropriate use. Drs. Gail Cresci and Amandeep Singh explain. Proton pump inhibitors (PPIs) are one of the most commonly used medications for gastrointestinal (GI) disorders, but are often taken for far longer periods of time than they are FDA-approved for and sometimes at higher doses. To assess this trend, Cleveland Clinic researchers were invited by Nutrition in Clinical Practice to review the literature on the proper use of PPIs and potential side effects, including emerging effects on the gut microbiome.

“We see a lot of patients in our clinic who have gastroesophageal reflux and dysmotility, and most are on PPIs,” says lead author Amandeep Singh, MD, of the Department of Gastroenterology, Hepatology and Nutrition. “They were either prescribed them or they are taking them over the counter. These are safe and effective drugs when they are taken as indicated, but there are also risks associated with their use, especially inappropriate use.”

A previous publication in Gastroenterology Research and Practice by Dr. Singh and colleagues highlights the extent of the problem of inappropriate use. The team presented data from a retrospective chart review of hospitalized patients who were started on acid suppressive therapy, and found over three years that more than 70 percent of patients were started on PPIs inappropriately and 19 percent were discharged with a PPI. “Unless patients like this are followed by a primary care physician or gastroenterologist, they may believe they need to be on this medication for the rest of their lives,” he reports, adding that this practice increases medical costs and puts patients at risk for adverse events.

The team’s review of the literature found significant controversies and discrepancies in regard to PPI side effects. However, they were able to identify clear associations between prolonged PPI use and a mild increased risk of vitamin B12 deficiency and a moderate increased risk of rebound hypersecretion, small intestinal bacterial overgrowth and infection with Clostridium difficile and other enteric, food-borne pathogens such as Salmonella and Campylobacter.

In the past, PPI use has been associated with a variety of other illnesses, such as bone fracture, community-acquired pneumonia, cardiovascular episodes, hypocalcemia and gastric malignancies. “Association does not mean causation, however, cautions Dr. Singh, and in his team’s review of the literature, there was no strong evidence of associations between PPI use and these conditions. “The biggest controversy has been around whether PPIs increase the risk of dementia,” he says, “but recent data do not support that association, although none of the research was from randomized, controlled trials so we can’t say this issue has been laid to rest.”

PPI impact on the gut microbiome

The research on the gut microbiome, a primary interest of co-author Gail Cresci, PhD, RD, of the Pediatric Gastroenterology Department and the Lerner Research Institute, reveals that by altering the pH in the gut, PPIs eliminate our first line of defense against ingested pathogens. This gives malevolent bacteria a greater chance of survival and an opportunity to disrupt the balance of good to bad bacteria normally found in the gut.

“PPIs also actually impact the function of the gut bacteria, and target the bacterial, viral and fungal proton pumps in the gut microbiome,” she explains, which can have a subtle downstream, cascading effect. “It’s like in a forest, if you knock out some of the trees that are shading some plants, the plants will then die because they start to get too much sun.”

The important clinical message from the review of the literature, according to Drs. Singh and Cresci, is that patients who are using PPIs should be assessed periodically to ensure they are on them for appropriate indications. “The duration, dosage and goal of PPI therapy should be defined,” says Dr. Singh, “and patients stopped or switched to H2 blockers, which have milder side effects, whenever possible.” He advised against use of PPIs by patients at high risk of C. difficile such as those on antibiotics or those who have previously been infected with this pathogen (unless there is a very strong indication for a PPI, such as GI bleeding), as well as those at high risk for bacterial overgrowth in the small intestine — again, unless the benefit will outweigh the risk. “If they need a PPI, they need it,” he concludes, “but if there is no urgency, another drug might be a better choice.”

Both Drs. Singh and Cresci are continuing their GI research: Dr. Singh is presenting a paper on  the potential association between use of H2 blockers and advanced fibrosis in patients with type 2 diabetes and non-alcoholic fatty liver disease at the American Association of Liver Disease meeting in November. In turn, Dr. Cresci is examining a variety of medications, including antibiotics and H2 antagonists, for their effects on the gut microbiome.