Adam Brown, MD, finds varied ways to share information about rheumatology. “If my educational content is fun and accessible, then hopefully we can catch a few more people and get them excited about it.” 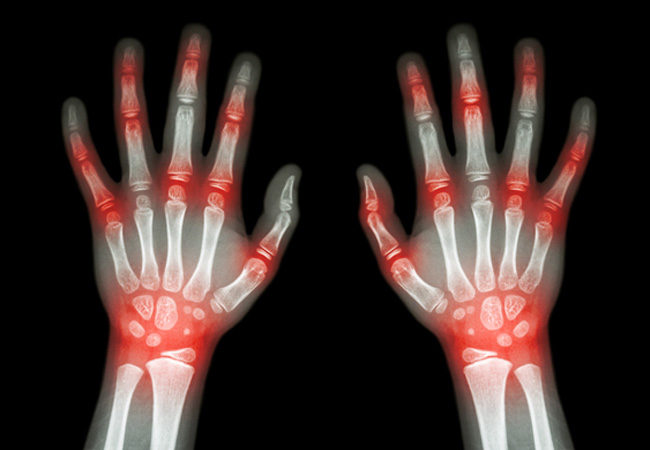 Adam J. Brown, MD, is passionate about rheumatology. When he talks about understanding its complexities, he tends to interrupt himself to add cheerfully, “but no one really understands rheumatology.” The puzzles — along with case varieties and differential diagnoses – are part of what he loves about the specialty.

Dr. Brown is on staff in Cleveland Clinic’s Department of Rheumatic and Immunologic Diseases. In addition to his clinical practice, he’s a natural educational ambassador.

Dr. Brown was in the second year of his internal medicine residency at Georgetown University Hospital, and expecting to pursue cardiology, when he was assigned to a rheumatology rotation. He soon found himself working on a variety of fascinating cases.

“We had a young woman presenting with a stroke that actually resulted in a diagnosis of central nervous system vasculitis, which is very rare,” he says. “I didn’t really know much about vasculitis at the time. I knew it could cause inflammation of the blood vessels, but I didn’t know it could cause stroke. This young woman got started on immunosuppression, and she did fantastic.”

In rheumatology, he discovered challenging cases, opportunities to improve patients’ lives, and a specialty full of persistent questions.

“Rheumatoid arthritis is relatively common,” he says. “We can tell you about the different cytokine abnormalities within the joints, we can target the cytokines and stop them from causing an inflammatory response and greatly impacting the quality of patients’ lives, but I still cannot tell you why it all happened in the first place. Hopefully, we start chipping away at why this happens.”

Dr. Brown is also interested in medical history and explores the history of rheumatology in the “Rheuminations” podcast. He devoted two podcast episodes to the history of gout, during which he covered the 1962 study that confirmed that uric acid triggers the disease. Drs. James S. Faires and Daniel J. McCarty Jr. each injected uric acid into their knees to see if it triggered an inflammatory response. They had to abandon their original plan to simply observe, rather than treat, the progression of any inflammation. “Within two hours, they were both lying on the hospital floor,
unable to move because their knees were so swollen and they were in such intense pain,” says Dr. Brown.

In general, he says, he wants other young physicians to learn more about rheumatology early enough to pique their interest in pursuing it as a career. That doesn’t always happen.

“A big barrier is that people don’t feel comfortable with it and they aren’t exposed to it,” he says. “So if my educational content is fun and accessible, then hopefully we can catch a few more people and get them excited about it.”