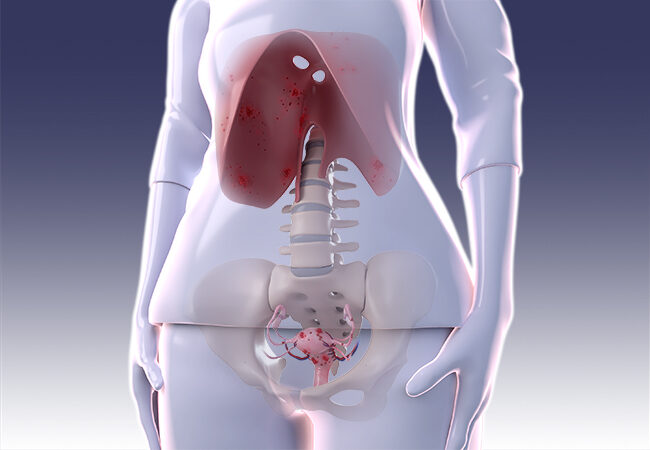 When a woman in her early 30s began experiencing cyclic pain in her right shoulder, she knew it was time to address her diaphragmatic endometriosis. She had previously undergone laparoscopic surgery for pelvic endometriosis, during which the surgeon noted the presence of the condition in her diaphragm. However, at that time the patient was symptom free, so her local physician opted to monitor the condition.

When her shoulder pain became persistent, the patient scheduled a consultation with an endometriosis specialist on the East Coast, whom she had found through social media. She was shocked when the surgeon quoted a charge of $20,000 out of pocket to remove the endometrial tissue growing in her diaphragm. After a further search for answers, which included reviews of peer-reviewed medical journals, she contacted Miguel Luna, MD, director of endometriosis at Cleveland Clinic’s Ob/Gyn & Women’s Health Institute.

As an endometrial specialist who sees a high volume of complex cases, Dr. Luna was confident he could successfully operate on the woman and that it would be covered by her health insurance. He was right on both counts.

Dr. Luna met the patient in the summer of 2022 and recommended a hysterectomy, as well as excision of both pelvic and diaphragmatic endometriosis. After the initial visit, he contacted Daniel Raymond, MD, a thoracic surgeon who often teams with Dr. Luna on cases affecting the pleura and lungs.

“We have done traditional laparoscopic surgery before, but we hadn’t encountered a patient with this much burden of disease on the diaphragm,” says Dr. Luna. “After chatting with colleagues, I wondered if we could do the hysterectomy and the diaphragmatic excision concomitantly using the da Vinci XI robot, which allows us to work in the pelvis and upper abdomen.”

Because they had never performed a concomitant pelvic excision and diaphragmatic excision robotically, Dr. Luna and Lindsey Valentine, MD, director of robotics for minimally invasive gynecologic surgery, held a planning and practice session in a cadaver lab.

“We wanted to make sure we could use the same port placement for the hysterectomy and the pelvic excision and position the patient in the same way on the bed – essentially just flipping the robot – then work on the diaphragm,” says Dr. Luna. “I am very grateful to our body donation program, because we were able to test our ideas before we went live. And they worked.”

Procedure is a first for surgeons

In mid-September 2022, Drs. Luna and Raymond performed Cleveland Clinic’s first concomitant robotic pelvic endometriosis and diaphragmatic endometriosis using the same incisions and only four ports – one in the left upper quadrant near the rib cage, one in the navel and one on each side of the navel.

“Doing both excisions at the same time saves the patient an extra trip to the OR,” says Dr. Luna. “There were two separate problem areas – the pelvis and the diaphragm – but it was all endometriosis.”

Opting for robotic surgery provided advantages, too. Dr. Luna needed to mobilize the liver to reach the area where the diaphragmatic endometriosis was located. In addition, there was high likelihood that he would need to remove a small section of the patient’s diaphragm, then suture the diaphragm back together – all challenging with non-wristed instruments.

“When we have done the procedure before, we would do the excision of the diaphragm laparoscopically, then Dr. Raymond would suture after completion of the thoracoscopy,” says Dr. Luna. “The robot has wristed instruments, which allowed my team to do everything we needed, then Dr. Raymond performed a single incision video assisted thoracoscopy to look at the chest cavity.”

Reduction of incisions and ports made the already minimally invasive procedure even less intrusive.

Relief of physical and fiscal pain

The surgery was a success, and the patient was doing well at a follow-up exam six weeks afterward.

“Her shoulder and pelvic pain are gone, and she is a lot more active,” says Dr. Luna. In addition, the patient’s health insurance covered the procedure in accordance with her plan.

The woman’s story reinforces the importance of providing patients with referrals to reputable specialists.

Dr. Luna offers insight on surgical management of diaphragmatic endometriosis in this ConsultQD article and in a video article in the Journal of Minimally Invasive Gynecology (JMIG), which won the 2021 JMIG Best Video Award.